The Zugspitze is one of the landmark mountains in the Alps because of it's unparalled views. This is due to the fact that there are no peaks of a similar height in the immediate vicinity. Nothing obstructs the view across 4 countries from the peak which is superb on clear days!

The Schneeferner is the largest German glacier. However, this glacier has shrunk so greatly that it split into two parts long ago (Northern and Sourthern Schneeferner) and now hardly represents more than an field of ice.

The first ascent of the Zugspitze was on 27th August 1820 by Lieutenant Naus. Since then the peak has become the target for many mountaineers of all nationalities. In 1897 the Munich House with meteorological tower (1900) was erected as a hut for shelter by the Munich Section of the German Alpine Association.

Through early development and its favorable location, technology, however, also soon found its way to the peak. Besides the above-mentioned cable railways, science and research have captured the Zugspitze. The German Weather Service, Max Planck Institute, Fraunhofer Institute, aerials and transmitters of various establishments, and Austrocontrol, to name but a few, make use of the extraordinary location.

Guided Peak Tour - exclusive for guests of the Tiroler Zugspitzbahn.

The Zugspitze is a mountain with many facets. Our Guided Peak Tour will give you an insight into the myths and history of the Zugspitze. Details of tour times are available at the valley station and Info Point on the peak.
Tours are only during summer season.
With our free audio guide your mobile phone can become your guide in summer and winter when visiting the Zugspitze. 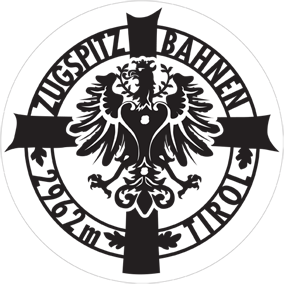